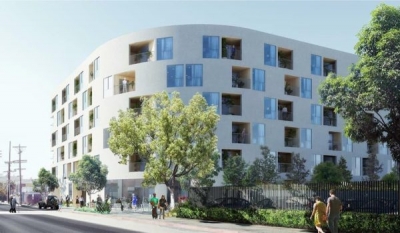 LA Blade - The McCadden Campus Senior Housing Community announced Tuesday that applications to become a candidate for residency will be made available starting Wednesday, February 26, 2020 and ending March 4, 2020.

Persons who are age 62 or older are encouraged to apply either online or in person at the Harry and Jeanette Weinberg Senior Center, located at 1118 North McCadden Place, in Los Angeles.
Read more: Affordable LGBTQ Senior Housing taking applications

Herbie Taylor uses one of the 12 computers at the Los Angeles LGBT Center’s David Bohnett CyberCenter at least three times a week to check email and to print out song lyrics for his upcoming gigs.

“My WiFi is up and down at home,” Taylor explains as he takes a break in the courtyard of the Center’s Village at Ed Gould Plaza. “Sometimes I’m there two or three hours and sometimes I lose track and someone will say, ‘The Center is closing.’ I get very busy and time just goes by.” 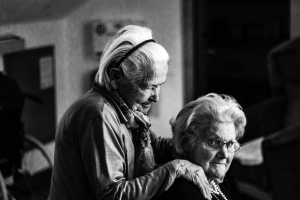 The FIGHT - California Gov. Jerry Brown has signed a new bill into law that will support the inclusion of LGBTQ seniors in state-administered programs and services for the elderly, reports NewNowNext.

AB 2719, authored by Assemblymember Jacqui Irwin and co-sponsored by SAGE and Equality California, adds sexual orientation, gender identity, and gender expression to the definition of elderly communities that will receive priority for resources from California’s Department of Aging.